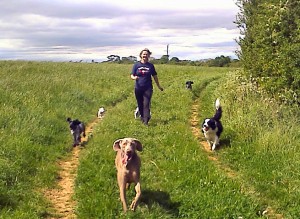 Owning a pet – especially a dog – seems to have heart health benefits, the group says in the statement published Thursday in the medical journal Circulation.

“The data is most robust for people who own a dog,” says Glenn Levine, a cardiologist with Baylor College of Medicine in Houston. But he says there’s reason to believe cats and other pets are helpful, too.

Levine led a scientific committee that reviewed the research on pets and heart health. The group says the studies are not definitive but do suggest:

• Dogs may keep owners active (with all those walks).  In one study, dog owners were 54% more likely than other adults to get recommended levels of exercise.

• Interacting with a pet can lower stress responses in the body.

Most other studies involved comparing pet owners with those who did not have pets, meaning researchers could not rule out the possibility that people who had pets were just healthier to start with.

In any case, the experts don’t recommend that people with heart health problems adopt, rescue or buy pets just for the potential heart health boost.

The main reason to get a pet should be “to give the pet a loving home” and enjoy the relationship, Levine says.

Monitor your pet’s health and weight with the EZ Vet weight kiosk.

“We also not do not want someone to go out and buy a dog and then be content to sit on the couch and smoke.”

Your Pet’s Physical and Mental Well-being