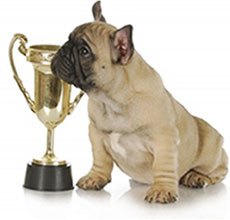 The American Kennel Club, a non-profit organization that maintains the largest registry of purebred dogs in the world, has announced which dog breeds were most popular in 2012. Results are tabulated based on the organization’s annual registration statistics.

The list of 175 dog breeds was narrowed down to the top 10 four-legged companions that Americans preferred to take home. 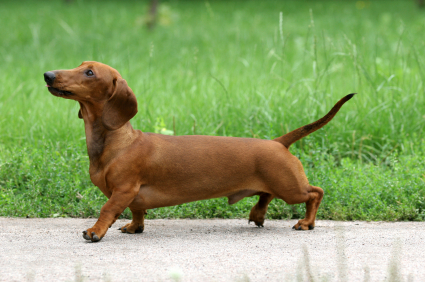 Lively and affectionate, dachshunds are known to be bold, curious and a bit mischievous. While devoted to their families, this breed needs strong leadership at home in order to avoid any behavioral issues. There are three varieties of dachshund: the short-haired, the wired-haired, and the long-haired.

For the second year in a row, the Rottweiler lands on the AKC’s list of top dogs, moving up from No. 10 to ninth place. The large, sometimes formidable-looking dog has become a family favorite due to its loving and affectionate personality. One of the oldest-known herding dogs dating back to the Roman Empire, this German breed was originally bred to be a hunting companion. Today, with their sharp skills, Rottweilers are frequently used in search and rescue, as guide dogs for the blind, and as guard or police dogs. .

According to the American Kennel Club, the Rottweiler is basically a calm, confident and courageous dog with a self-assured aloofness, responding quietly and with a wait-and-see attitude to influences in its environment. It has an inherent desire to protect home and family, and is an intelligent dog with a strong willingness to work, making them especially suited as a companion, guardian and general all-purpose dog. 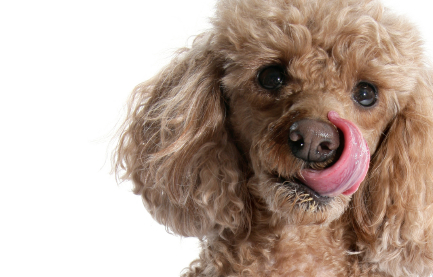 Poodles are the runway models of the popular breeds, highly intelligent and graceful. Considered one of the most trainable breeds, the standard poodle are typically pleasant, happy and sensitive but can become high strung if not given the proper amount of exercise.

Poodles—who are born with one of a variety of solid colors, including white, black, apricot and gray–require extensive grooming. Their fur is also hypoallergenic, which may reduce allergic reactions and be helpful to pet owners who suffer from allergies.

The boxer dog, a muscular, short-coated breed with a distinctive square head has had a place in the hearts of owners for decades. The boxer’s strong body and gentle, playful spirit are a great combination.

And what about his name? It is said that his moniker is a testament to his playful and curious side. You’ll notice that your boxer dog uses his front paws for just about everything. He’s likely to paw at his toys and food in a cat-like way. He also likes to jump up and motion with his front paws, making him look like he’s actually boxing, and hence the name. 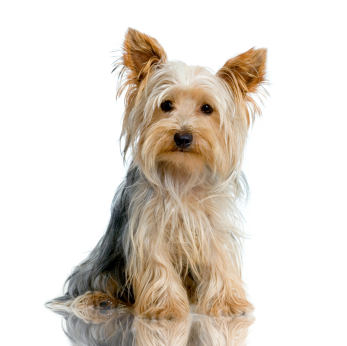 Energetic, loyal and clever, the Yorkshire terrier seems oblivious of its small size. Always ready for an adventure, “Yorkies” are easy to train and are considered excellent watchdogs.

Known for their ultra long, fine, silky coat that parts along the spine and falls straight down on either side, Yorkies are colored a combination of steal blue and tan. As you might expect, regular grooming is needed and Yorkie owners commonly pull back their dogs’ hair on their head in a topknot. Depite the long hair, however, Yorkies shed very little. 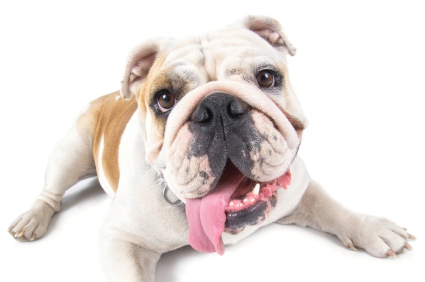 While the bulldog’s appearance can be intimidating, it is among the gentlest of dogs. Small and stocky in stature with a wide, massive head, a bulldog’s coat may be white, black, red, fawn, brindle, pale yellow or a combination of colors.

Considered to be very affectionate and dependable dogs, bulldogs are gentle with children and known for their courage and their excellent guarding abilities. Bullheaded and determined, this breed can be very persistent and dominating. Strong leadership and attention are recommended.

One other thing for which bulldogs are well known? Loud snoring and a tendency to drool and slobber. What’s not to love? 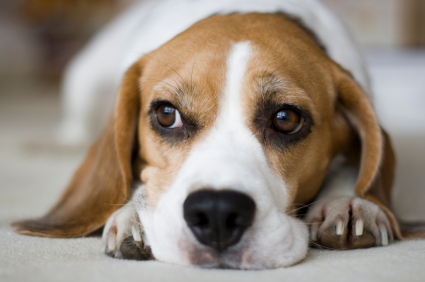 Well before designer dogs like the puggle (half beagle, half pug) struck dog lovers as the hottest breed to bring home, there was just the good old beagle. In its pure bred form, this hound continues to hold on to its status as one of man’s best friends.

These droopy eared hounds are spunky, loyal and make great friendly pets for families with children. Beagles also tend to have lots of energy to burn. They can be mischievous and are often lead to trouble (garbage cans, shoes, dirty laundry) by their extraordinary hunting noses. Their natural curiosity often means they are a little tricky to train and require owners who are willing to be firm yet patient. Beagles are also known for their tremendous whining, sharp bark and thoroughly loud from-the-belly howls. 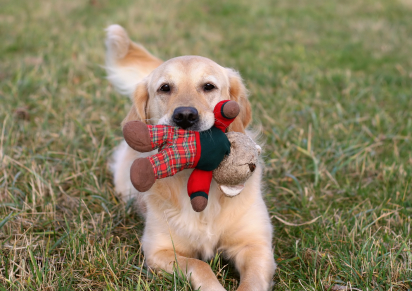 With their ever-present smiles, wavy blonde fur, and joyful prance, the golden retriever has long been one of America’s favorite dogs. Perhaps it’s their family-friendly demeanor and golden looks that helps keep this breed in the Top 5 of all registered dogs in the U.S. This year, the breed moved up one spot from 2011.

The golden retriever is classified by the American Kennel Club as a sporting dog, popular with hunters for its soft mouth and eagerness to retrieve in water.

True to its name the golden retriever loves to fetch. It’s not uncommon to be greeted by a golden with a favorite toy stuffed in its mouth. Known for its intelligent mind, the breed can learn more than 200 commands with training and encouragement. 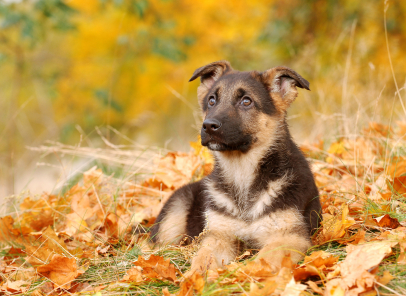 Often used as working dogs, German shepherds are highly intelligent and courageous. Known for their tremendous loyalty, these dogs are typically cheerful, obedient and eager to learn.

German shepherds prefer to be close to their families and therefore have a very strong protective instinct. Generally good with other pets and excellent with children in the family, it is recommended to train and socialize German shepherds from an early age with a firm and loving hand.

The breed’s ability to rapidly learn has contributed to its wide use as a sheepdog, guard dog, in police work, as a guide for the blind, in search and rescue service, and in the military. The German shepherd also excels in many other dog activities including agility, flyball, and ring sport. But most of all, the German shepherd is favored as a loving family companion. 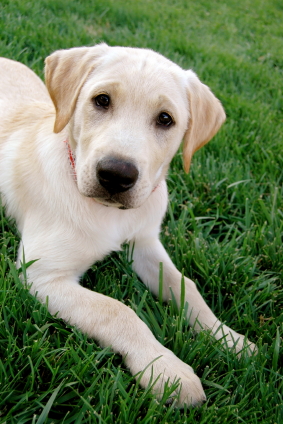 For the 22nd consecutive year, this loveable breed continues to be the most popular breed in the U.S., according to AKC registration statistics. The family-friendly Labrador retriever has won over the hearts of families across the country—millions of households count a Lab among their family members, and it’s easy to see why. Labs display a well-mannered temperament and are eager to please their owners.

The Labrador retriever originated in Newfoundland, where it aided fisherman with their catch. After being crossed with setters, spaniels and other retrievers, the Lab sharpened its skills as a true retriever. But what makes Labs even more popular is their kind, outgoing nature.

This people-friendly quality also makes Labs great dogs for children. The Lab thrives in an active household, where he can have lots of interaction. Kids will also love the Lab’s easy nature and trainability . In turn, Labrador retrievers tend to be very patient with kids. Be prepared to harness that energy: plenty of exercise and fetching games will keep your Lab happy and healthy.

Monitor your pet’s weight and health with EZ Vet kiosks

Pet Tips: Keep the Halloween candy away from your Pets!